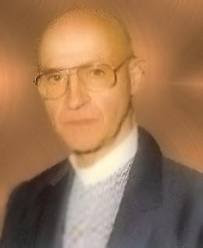 "The voice can only produce the harmonics that the ear is able to perceive."

Alfred A. Tomatis (1920-2001) is an important figure in the realm of alternative therapies and sound healing. He created a method for listening, to retrain the ear. As an ear, nose and throat doctor living in France, his techniques were developed upon the idea that hearing abilities can be the root cause of other illnesses. His maxim, as quoted above, suggests that the ear must be retrained in order to distinguish between high and low frequencies.

"Listening may be disturbed when the interpretation, on a mental or emotional level, of the sensorial information on which it is constructed is flawed. In this case, one speaks of distortions in listening. These distortions will then be the source of difficulties and discomfort as much for the child as for the adult, and can concern all situations of daily life." - from the official website, Tomatis.com

This holistic approach towards sound, as well as the techniques he developed, are controversial and not wholly accepted in scientific circles. Still, his accomplishments have led to the formation of the Tomatis Method, and instruments such as the Electronic Ear, which have been used globally for a variety of disorders, including dyslexia and autism. His method is also used by singers to retrain their voices and hearing (improving range, tones, and harmonic skills). His earliest patients were indeed opera singers complaining of vocal (and as he discovered, auditory) entropy. His idea that vocal problems were really hearing problems, and that hearing could affect other developmental skills, cemented his role as a sound-healer-trailblazer.

The Tomatis Method, developed in the 1950s, aims to determine the causes of listening distortion. While the roots of this method are in the physiological workings of the ear, and how sound is interpreted by the body/brain, the Tomatis Method treats broad issues. His work acknowledges the psychological and even spiritual factors surrounding health. I find his methods to be fascinating, peculiar, and an interesting coupling of holistic health with modern technology. Here's how the website defines the function of his popular Electronic Ear:

"The Electronic Ear is a system which exploits and reactivates the strategies involved in perceptive organisation and in the management of sound environment which the brain is normally able to use when listening is not disturbed.
But listening will be disturbed when there is a dysfunction of the two muscles located in the middle ear whose role is to enable the precise and harmonious integration of acoustic information into the inner ear, and from there to the brain. In this case, the brain will put in place a system of protection, triggering mechanisms which inhibit listening."- Also from Tomatis.com 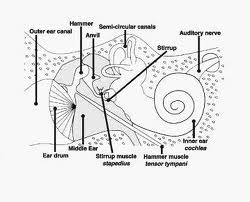 So, it would seem that Tomatis has found a link between the physiological workings of the inner ear and its psychological effects. His method and Electronic Ear encourage the ability of a person to interpret information and "reactivate their full listening potential", restoring the two auditory muscles to their full working ability. On the page, this sounds simple enough. While I haven't tried the method first-hand, it sounds a bit abrasive, with special headphones training the ear to distinguish between frequencies it hadn't before.

The individual must first go through a process of determining what brought them to their particular point of distortion, whether it is through biological means (hearing impairments from medical or hereditary sources), psychological, or even spiritual. The broad range of ailments people come to a Tomatis specialist with are broken down into 4 main categories or spheres. They are:

4) Sphere of the emotions and their regulation (fears of communication, exposure to uncontrolled reactions, irritability of social interactions, even nonverbal)

These spheres serve as diagnostic arrows, pointing to the appropriate program for the individual, which is usually implemented in a series of weeks.

While different researchers have criticized Tomatis for his lack of statistical backings and effectiveness, he has gained the respect and endorsement of celebrities, including Gérard Depardieu and Sting. 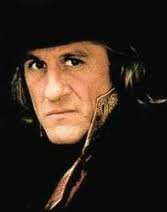 Gérard Depardieu, the French actor of cinema and theatre says in his biography: “Jean-Laurent Cochet opened for me the craft of acting, and Alfred Tomatis opened me up to language. Before Tomatis, I could not complete any of my sentences. It was he who helped give continuity to my thoughts, and it was he who gave me the power to synthesise and understand what I was thinking.” “We were lucky with Gérard,” Tomatis says. “As we re-established his proper ear and as we liberated his mental energy, the improvement was stark; he refound his voice and his memory.” 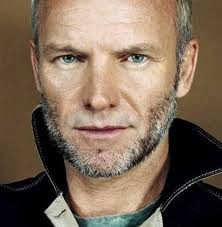 'Sting, a former member of The Police, now world renowned as a solo performer. Struck by the same loss as Beethoven and Caruso, Sting visited Tomatis on a regular basis in Paris to improve the deficiencies of his eardrums, caused by the level of noise on stage and his recordings, which is not unusual within the world of musicians.“Before meeting Tomatis,” said Sting, “I visited many American specialists who told me that I wasn’t lucky, however I had earned a fortune and had great success in my career so I should accept the way things were." ' - Both quotes from http://www.tomatis.com.au/voiceandmusic.php